How to Java Developers Should Apply New Embedded Systems?

Technology always evolves with time. Today, network and programmable devices does use by people throughout the world. Java developers in India think that there is a need for an application that can collect, process, and transmit data used in these networked, programmable devices. Now the question is- why java is the best thing that comes to the developer’s mind for these embedded apps? When there are several other platforms available for developers, why do they think that Java will work best for these applications?

Here are some reasons that you should know:

1. Why search for other things when you can rely on almost 4000 standard libraries?

Java SE 7 has around 4000 class libraries that cover everything from networking to collections. It means developers and programmers do not need to spend their entire time rewriting the standard functionality for these embedded apps.

Since Java is a widely accepted programming language, developers have formed libraries that address almost anything people can imagine- sensors, and a ZigBee API are such examples. Most of these libraries are open-source and developers can easily integrate them into new embedded applications.

2. Robustness of application code made java so much popular

In an embedded mechanism, such errors are difficult to track down as there is no device like a screen where developers can view the error messages.

Embedded systems are different than desktop machines and servers in terms of their architecture, OS capabilities, and resources.

When you update your embedded systems, their processors and OS will automatically change from the earlier release of the product. Migration of C applications to a new platform can consume your time and money. Apart from this, there are chances of making errors in this process.

Java offers flexibility to the developers as they can write the code once and run them everywhere. A simple recompilation will work when the app shifts to a newer java version.

So, it can be a good decision to hire Java developers to develop applications that run on any devices, OS, and machines. So, if you are looking such apps, you can look towards hiring expert java programmers.

There is no need of keeping track of object references and de-allocate memory because everything is handling by the garbage collector. With such things, the risk of memory leaks gets reduced.

It is a myth that if you use a virtual machine instead of a native instruction, performance will be compromising. Only precise knowledge and skill set can help you in achieving better performance than the natively compiled code performance.

5. Any Embedded Platform Will Work

Embedded systems are usually intended to solve a certain issue, whether it is related to providing in-car entertainment or monitoring the pH level of a corporate process.

Java was developed in the early 1990s. During the first launch of Java in 1995 as a general-purpose computing platform, the average computer had 8MB RAM and a 200MHz processor.

Even today, the runtime of full Java SE takes only 64MB of RAM to run on Windows XP.

Java is being intended in such a way that even if the resources are limited, developers still can get their job done using Java.

Code development requires the right tools. Developers can easily get their job done with the right set of tools.

8. Design on one machine, deploy to another

Since java uses a virtual machine, the location of code compilation doesn’t matter; thus, there is no requirement of setting up complex cross-compilation toolchains. 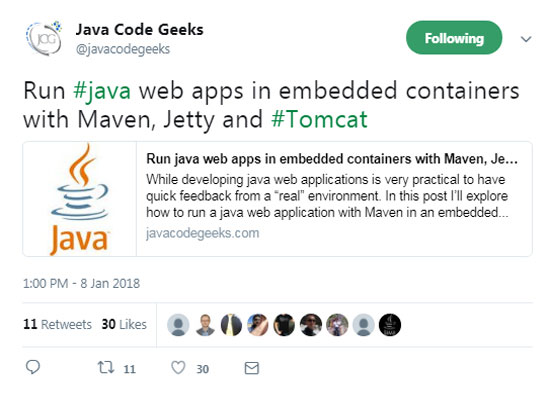 Most IDEs support the idea of remote debugging via a network connection to make the life of developers even easier. If you ask other 9 billion developers what is the most preferred platform for developing corporate applications, they will take the name java. Using Java in embedded devices, on the desktop for presenting and regulating the entire system, and in the data center for processing big data makes architecting a comprehensive solution. Java developers in India can avail such benefits for developing code for embedded systems. If you want more info, contact developers and ask how java benefits them.